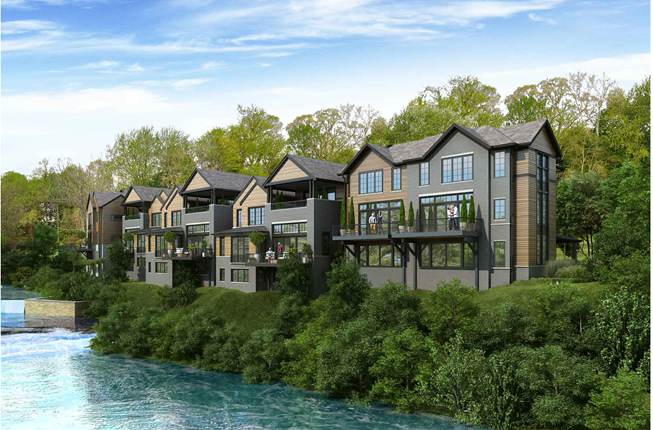 The Riverhaus townhome development on Cleveland Street and the South Spillway property received final and unanimous approval by the village Architectural Review Board last week, but with conditions. The OK is contingent on the board’s review of the retaining wall and hardscape details, window details, brick samples with mortar detail along with drawings of gutter edges, soffits and beams, officials specified at the June 23 meeting. 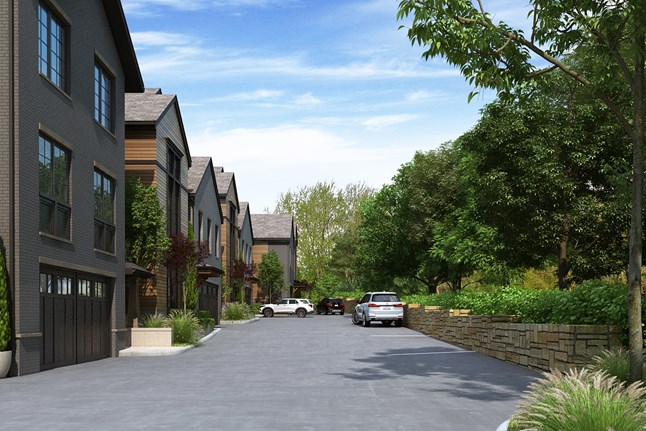 Developer Andrew Brickman of Brickhaus Partners building firm had hoped for a late July or early August groundbreaking, but a long “to do” list could push that date further into the future. He described the list as all “normal administrative details” with no deal breakers that would prohibit the project from moving forward. “None of us, including our company or the village, have been put through anything like this,” Mr. Brickman said last month, referring to how the coronavirus pandemic lockdown had stopped motion on every facet of the project. Left to do before groundbreaking can take place include fulfilling the architectural board contingencies, preliminary subdivision sketch review with the village administrator, preliminary and final plat review and approvals from the village Planning and Zoning Commission. Part of the plat approval process involves submitting all engineering plans for the site, including slope stability information as required by the village engineer. No building permits will be issued or site work allowed until all approvals have been granted.

The Riverhaus site is on the south bank of the Chagrin River on a small chunk of land that housed water clarifying equipment for Chase Bag and later the Ivex paper company on the river’s opposite bank. It is considered by many to be an eyesore since demolition of the mill buildings. Partnering with Mr. Brickman and his company in marketing the remaining Riverhaus units is Howard Hanna Realtor Laurel Heater, a Chagrin Falls-bred resident, Mr. Brickman pointed out. The good news is, Mr. Brickman added, three of the units have been sold indicating the demoed site did not deter sales. The new townhomes are priced between $775,000 and $1 million or more with killer views of the Chagrin River and the not-so-killer views of the demolished paper mill across the river. “There are two sets of waterfalls and people love the old smokestack,” Mr. Brickman said of the only remaining built feature left of the now-demolished papermaking mill. Mr. Brickman hinted that the old mill site has been attracting new interest and perhaps new and more attractive cross-river neighbors. 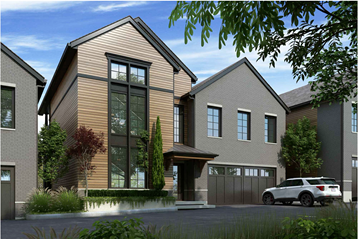 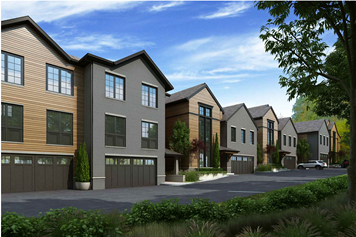 In fact, this week, Richard Cochran, president and CEO of the Western Reserve Land Conservancy went on record confirming that the nonprofit organization is interested in the Spillway. “We’d like to acquire it to create a park that connects Whitesburg [Nature Preserve] to Riverside Park, but we do not have it under contract.” Mr. Cochran and the Chagrin River Land Conservancy, precursor to WRLC, was instrumental in assisting the village and then councilman and now Mayor William Tomko to obtain the gift of the Mill lake from Ivex as it was divesting its Chagrin Falls properties in the early 1990s. It had once been a private fish and game camp at the end of High Street. It is now Whitesburg Nature Preserve. More than a decade ago, Spillway Partners, a group of local men, bought the sprawling property with its collection of old – some historic – buildings from the Ivex property then briefly owned by Industrial giant the Alcoa company. Alcoa had purchased the property from IVEX and for a brief time dabbled in paper processing but after a few years, found paper and aluminum were not a good fit and it put the sprawling property with its mix of old mill and office buildings up for sale. Spillway Partners planned to restore the site and won a rezoning initiative to create a multi-use development anchored by a fully operational brewery, restaurants, retail, office space and a public Riverwalk extending into Whitesburg Nature Preserve. Then boom times turned into hard times with the 2008 recession. Cash dried up and potential tenants were nowhere to be found. After years of failure, the partners made the hard decision to sell the property hoping a buyer take on their original vision. That did not happen although the partners and Fairmount Properties had a brief flirtation. It was never consummated. Spillway layed fallow, the unused buildings deteriorated until the village and the partners agreed demolishing them – but saving the stack as historic point of interest – would make the property more saleable. That remains the hope. In the meantime, ,the south banks and Riverhaus project moves ahead one approval after another.

"It is always energizing for me to see speculative housing that challenges established conventions of residential design. Eleven River does just that."
Westlake Reed Leskosky | Architects