Construction on Controversial Development Moving Along

It was a sunny, hot June day and Lake Erie was calm and blue, as seen from a cliff above the water. The silence was broken by the beeping sounds of construction equipment and rat-tat-tat of jackhammers as a crane lifted huge blocks of concrete along the back of the property. The site is the nearly $50 million 700 Lake townhouse and condominium development on Lake Road. Developer Andrew Brickman of Brickhaus Development was nearby, visiting that day to look over progress, as well as give a tour.

After years of hearings, resident protests and plan adjustments, the controversial 700 Lake development should be finished within the next year. The $50 million project consists of 25 lakefront condominiums and eight townhomes facing Lake Road. The project began seven years ago and was approved by the Rocky River Planning Commission in February 2020. It was mere weeks before COVID-19 quarantines and shutdowns, delaying the project and virtually everything else.

These days, Brickman is talking about progress and sales, not shutdowns. Two thirds of the 700 Lake complex has sold; all eight townhomes and 13 or 14 condos. The project originally faced pushback from the community over density, the slope into the lake and obscuring of lake views from all but residents. Brickman believes developers have worked cooperatively with the city and residents’ concerns.

To get to this point, Rocky River Law Director Andy Bemer said, Brickhaus had to file rezoning appeals with Rocky River’s City Council and get approved by the Planning Commission.

When the project was originally pitched, the residents of the small enclave of Breezevale Cove, a grouping of facing homes on the small street dead-ending at the lake, strongly opposed it. But by November 2019, the developer had purchased most of the homes. Half were demolished in 2020. Brickhaus Partners owns the houses remaining, but Brickman said it is leasing them out at the moment and does not have a plan for redevelopment.

“I would like to see people taking advantage of the lake in terms of kayaking, swimming, boating,” he said. “There’s not enough access to Cleveland lakefront, and it’s one of our greatest resources that we might have. That was the whole idea, to give access to more people relative to being able to use the lake for recreation.”

In March, Malcolm and Mary Wood, Lake Road residents who live next to the construction site, appealed the city’s decision to approve the project, citing safety concerns.

The city dismissed the appeal, saying the Woods missed a deadline for providing evidence to support their case. Bemer said the ordinance requires the Woods to cite specific grounds for their appeal.

“It went through 15 to 20 different hearings, and there are a lot of issues going on, everything from height, to materials and how many trees to a myriad bunch of issues,” Bemer said. “I know the Woods were concerned about fire safety, access for the firetrucks too, so I said they needed to identify specific issues and they never did.”

The Woods have a case pending in the Ohio Supreme Court, Bemer said, regarding whether the dismissal was legal.

On the tour, Brickman gestured to the space overlooking the lake, nails and screws scattered on the cement floor that will become a balcony, “There’s five floors all together, four excluding the parking garage,” he said.

Ray Reich, Rocky River building commissioner, said the foundation for the townhomes is poured, and while from his inspections, work was about two weeks behind, it hasn’t yet had an impact on the timeline for the projects.

The condos start at $1 million and are 2,200 square feet. Prices vary, depending on location, according to Brickman.

“They all have a lake view, but some are more dramatic,” he said.

The condos are 3,600 square feet with three bedrooms, 3 ½ baths and a balcony. There will be an infinity pool along the cliff and an outdoor cooking area, Brickman said.

There is a 49-car parking garage beneath the condos.

Brickman said the developers aimed to use local vendors as much as possible throughout the project, such as Moen Inc., based in North Olmsted, for the plumbing fixtures; Cleveland Cement; local landscape architects, interior designers; and Rocky River’s Howard Hanna team, composed of Kim Crane, Jen Davis, and Barb Griffin. 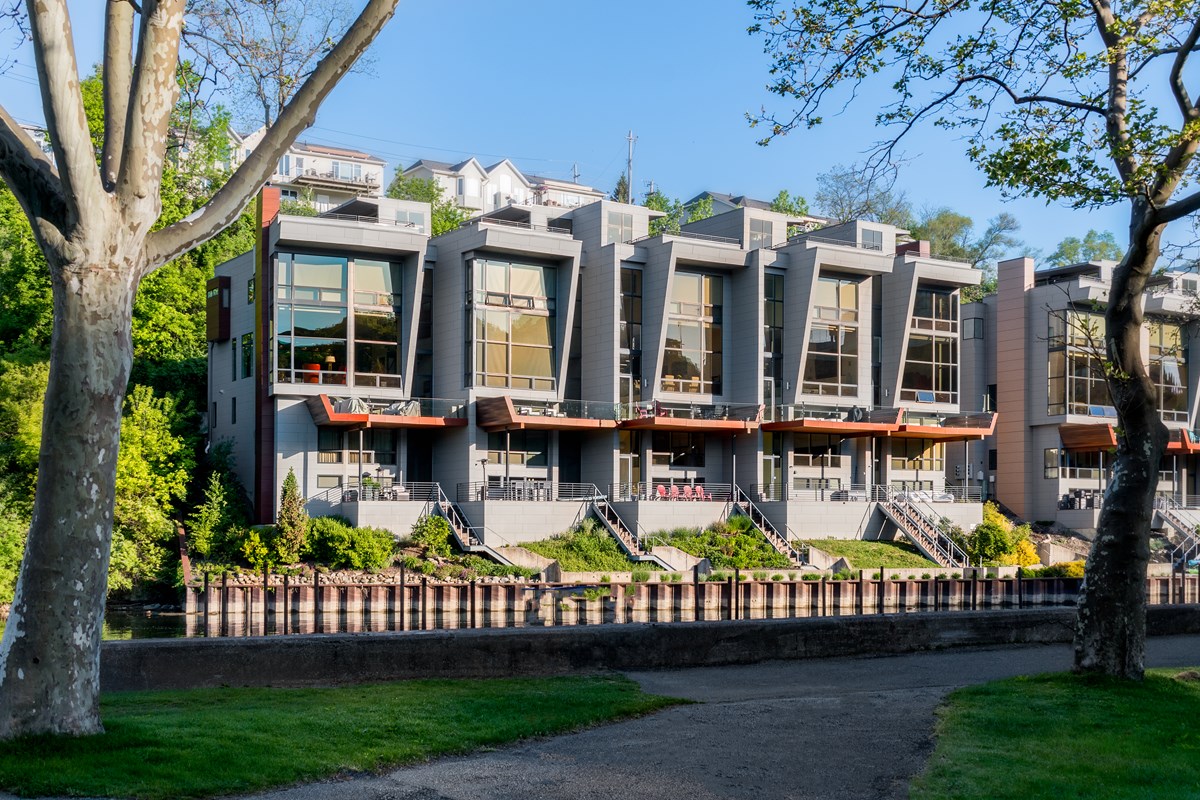 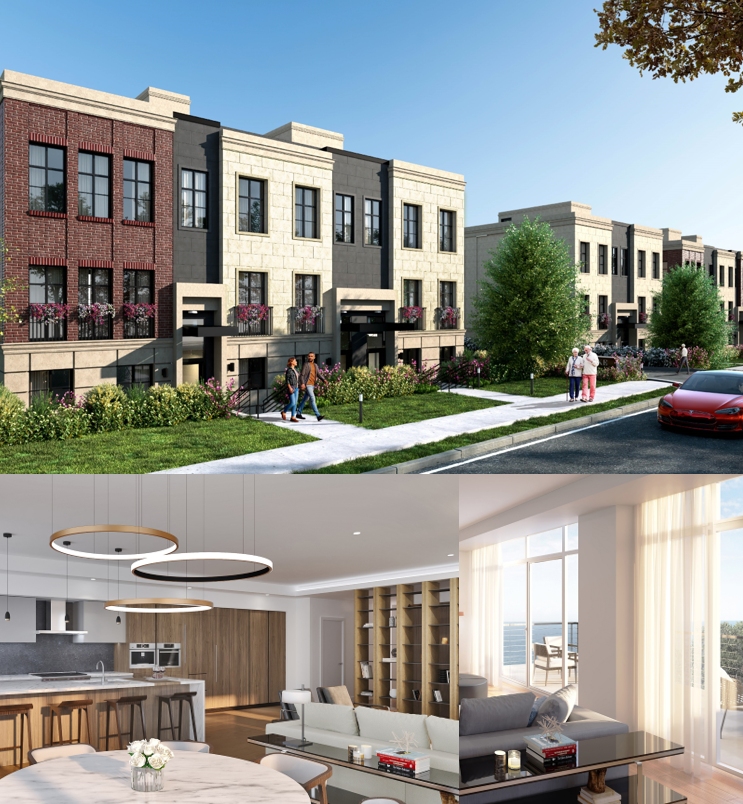 "[I look forward] walking into my condo and seeing the northwest views of the lake."
700 Lake Resident | Melanie G.