It took more than four years, multiple hearings before the Planning Commission, Zoning Board, Architectural Review Board and an easement from neighbors, but last week all that became history when developer Andrew Brickman and his team broke ground on Riverhaus Chagrin.

The six soon-to-be-built river edge townhomes off Cleveland Street are listed at sale prices of between $779,000 and $1.4 million, some already spoken for during the pre-sale stage, company officials said. The property, slightly under 1 acre, borders the Chagrin River south bank and cross stream from the former Spillway unrealized project. The former Spillway land remains for sale for redevelopment. The Riverhaus property was purchased by Mr. Brickman's company Riverhaus Chagrin LLC in August of 2019 from Spillway South, previously owned individually by Spillway Partner Robert Darden. Mr. Brickman's original plans were to build 12 residential units on the lot but was whittled to half by river buffer and hillside regulations, motorist visibility, slope security and even turning ability of the village firetrucks eventually dictated half the number. The Cuyahoga County Auditor's website does not show a sale price for the unimproved property that was valued at $114,900. The property was home for a clarifier used when the Spillway property was a paper mill, according to historical accounts. Locals still remember it as the Chase Bag Company, which was later acquired by the Ivex paper making firm and then by Alcoa during the steel company's brief flirtation with making paper. 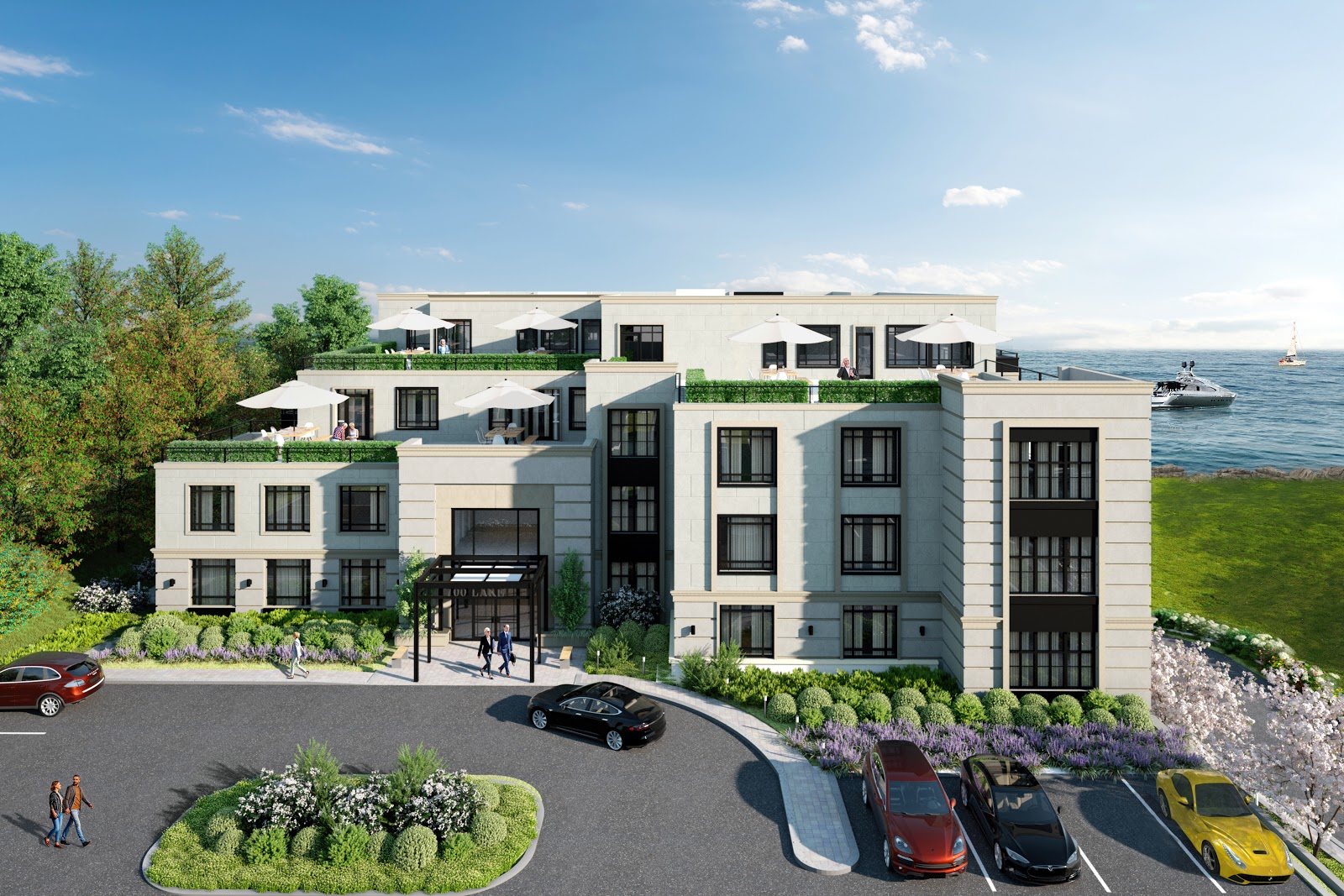 "The design selection was fun and easy with Alex and Alessandro."
700 Lake Residents | Lois M. and Peggy B.