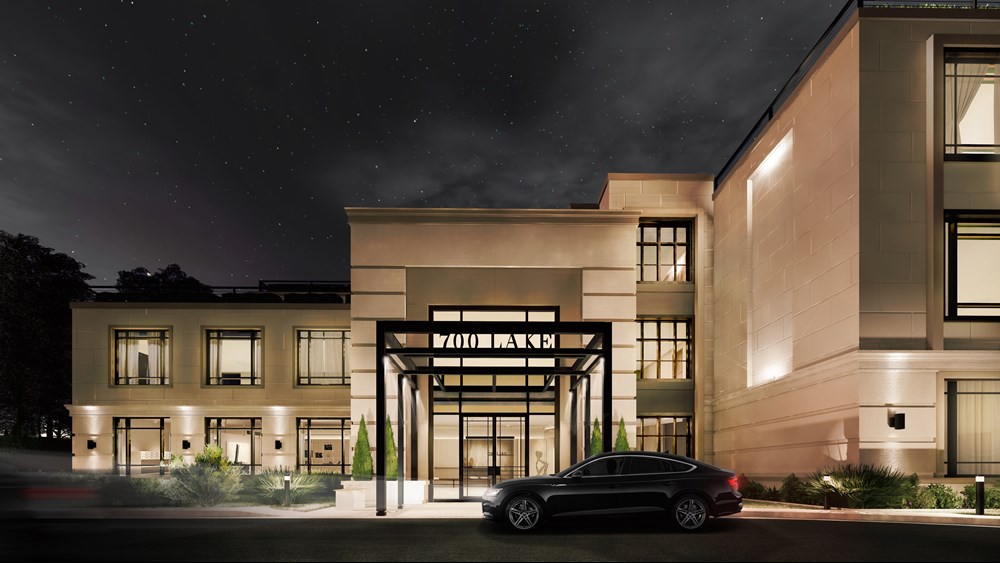 Even in normal times, real estate developers celebrate making it through the closing process for development loans. Amid the pandemic, even more so.

But Andrew Brickman, the Cleveland builder with a track record for luxurious townhouses with cutting-edge designs, was jubilant Friday, April 3. That was just after final documents for a $30 million construction loan for the 700 Lake project in Rocky River made it through the final execution stage.

"I'm absolutely amazed," Brickman said in a phone interview. "To get it closed amidst all this craziness as loans and developments are falling through all over the place is unbelievable. And this is a condo deal in Northeast Ohio, not one in New York City or Miami where they are commonplace. After the (lending) market settles down, this could clear the way for more condominium developments here."

The other element was simply timing. The project for million-dollar waterfront condominiums was far enough through the lending process that it got closed. That is a trend among a handful of projects of scale that secured final loan approvals as the economic collapse resulting from government-mandated business shutdowns and stay-at-home orders sent unemployment claims to record highs from record lows within a period of weeks.

In layman's terms, the projects were so far along that they made it through. In financial terms, experts say they were through underwriting and loan committee at the cusp of closing.

"It's a milestone for our region and a bright spot given the COVID-19 conditions we're in," Delfre said in a phone interview. "It would have been a hard transaction to complete in a normal situation. Given where we are in the macro market, there was some risk the lender might pull back."

Northeast Ohio lenders traditionally shy from condo projects because property owners secure air rights to their units and their values are less stable here than in much denser cities such as New York. Townhouse funding, where there is a direct ownership connection to a spot of land, is no problem here.

"We kept in touch even more than we normally would have," Delfre said. "The lender was through committee and comfortable with the risk."

Other factors are typical for which loans get made and which don't. In the case of 700 Lake — 33 condominiums in a three-story structure overlooking Lake Erie in a tony suburb — one factor was that there are few competing condo projects in the region. Another sign of difficulty was the project's scope: The $30 million loan technically has three lenders, in addition to lead lender Erie Bank of Erie, Pa., with participation from CF Bank of Columbus and Heartland Bank of Whitehall, Ohio.

Other factors, Delfre added, were Brickman's experience as a seasoned developer of townhouse projects over the past decade, from Cleveland's Little Italy to Lakewood and Beachwood, as well as his partnership with the Carney family, a multigenerational force in the region's property business.

Big differences this time are that banks are in better financial shape. Just one source of financing, the securitized mortgage market, is shut down. Commercial loan markets are also more subject to economic conditions than residential loans, which are generally government-backed.

There is also the nature of the project involved. In the case of 700 Lake, the developers had a third of the units sold, with deposits and signed agreements in place. Brickman also credited the building's expansive use of stone and plumbing fixtures like those in expensive New York City condo projects.