Dr. Bryan Wilner, his wife Jordyn and their golden doodle, Dallas, recently moved to Cleveland. They had spent two years in Dallas while Bryan was doing his residency at UT Southwestern. He is now a cardiology fellow at the Cleveland Clinic. Despite being completely unfamiliar with Northeastern Ohio, they searched online for someplace to live within a reasonable proximity to the Clinic. They had previously lived in apartments, both in Dallas and in Miami, where they grew up. “We’ve always lived in places that are new; I think our generation is used to that,” says Bryan.

The couple was ready to buy, although they have no idea how long they will be here… 3 to 5 years, maybe? Jordyn says they did not want the responsibility of owning a home with a yard. “We wanted a town home for low maintenance,” she says. When they came across Twenty Four Hundred, it seemed like the perfect place for them. “It’s very cool, with a nice modern feel, without being too modern,” says Bryan. Jordyn wanted a community with a suburban feel and good schools. Beachwood met those criteria. Jordyn began teaching pre-K at Gross Schechter Day School right in the neighborhood. “The location is central to everything we need and do,” she says, “and everyone is so nice and friendly.” 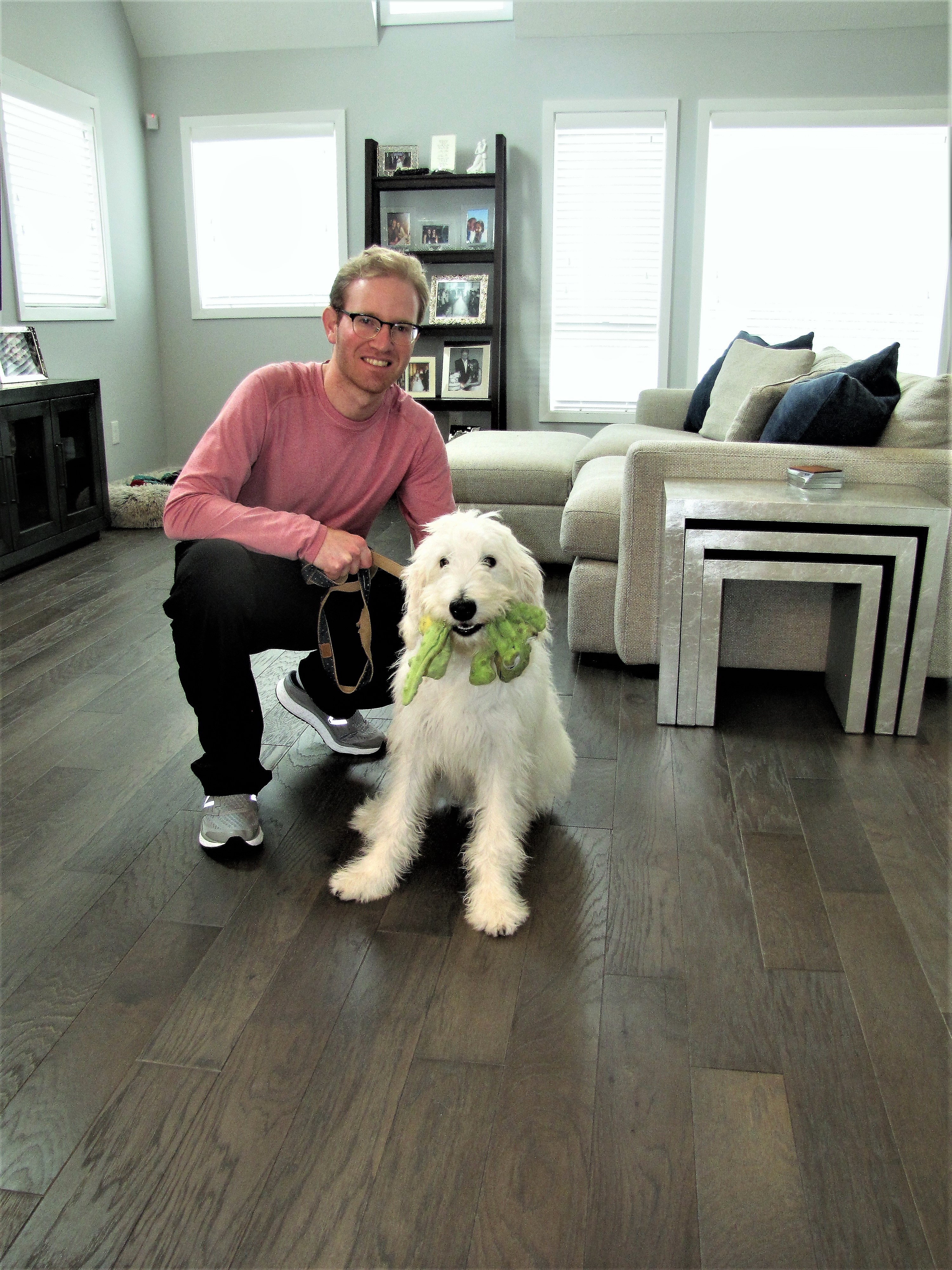 The residence they purchased was going to be the model home at Twenty Four Hundred. “There were still a few things that we could pick out like cabinets, floors, paints and lighting,” says Jordyn. “Alexandra Yonkov was very helpful with the design and making selections.” They made all their choices online from Dallas. Bryan says, “It was a nice, easy process. We could move right in.” As they were settling into their new home, when something needed to be done, “Jaron Schultz was always willing to help,” says Jordyn. “Jaron is the best ever!”

“We get lots of natural light with all the windows, and we love the high ceilings,” says Bryan. The kitchen has become their favorite place in the house. “They did a really good job.” He is impressed by the well thought out utilization of space in the architectural design of their home. “There really is no wasted space,” he says. Quite a compliment! 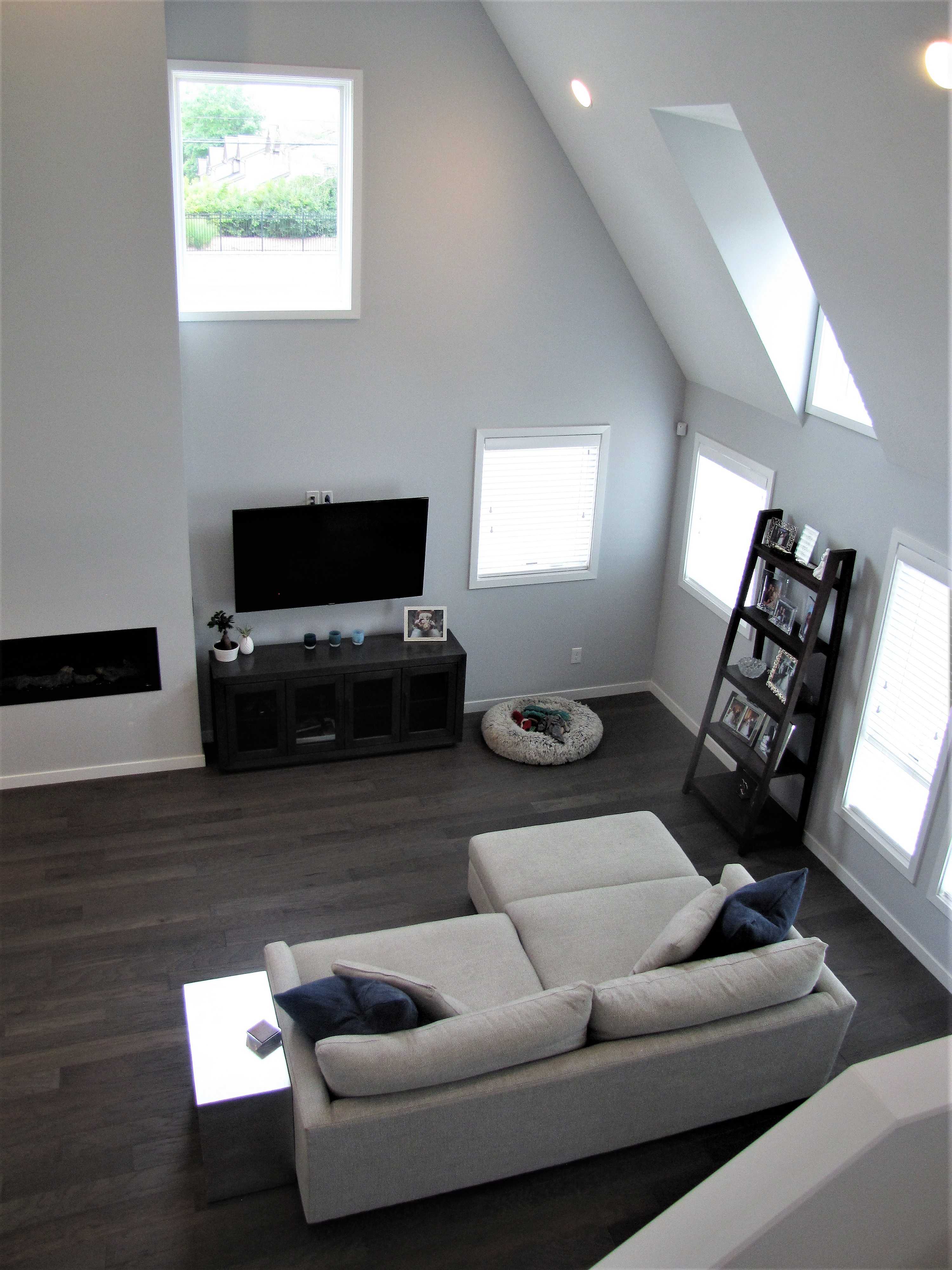